All three of us were excited about the too-early morning start because it meant checking out of the Norfolk….yes, moving to new hotel a day early. A less than auspicious beginning, but one that added another story and was fodder for kidding all day. My dear friend Julius, our driver for today, got confused and went to the new hotel instead of the Norfolk..so our early start wasn’t early …haha. On our way to Nakuru for a day trip to see the rhino and flamingoes, we decided to try to find another women’s project, Kenana Knitters, supposedly near Nakuru. Well, one would assume we would have an address – remember I said we’d need a lot of time to tell the stories – well add some more time. We actually stopped at a petrol station for directions, even with a male driver….haha. We found the farm and, lucky for us, the owner was there but the ladies had been given the day off after their long day at the polls. We did get to visit the shop…of course, purchases were made even though we already had too much luggage for an upcoming flight. It’s Africa…we’ll make it work. This group of ladies knits little animals that are sold in several different countries. They have started knitting tea cozies as well. There was one of a camel, with big hump and the head sticking out. It was just a tad too large to wear as a hat even though several people got a chuckle out of my modeling.

No time for lunch because we HAD to be back in Nairobi no later than 6….again, election precaution. So a very fast (time and speed) game drive in Nakuru park to see the world famous flamingos that usually number in the thousands….can you guess….yep, about 12. Like I said it just gets funny. We did see some game, the usual water buck and impalas, some vervet monkeys, zebras etc. The highlight for me was sighting rock hyrax up close and personal while I was marking territory. Too much information? These cute creatures are usually very elusive and skittish.

On the road back to Nairobi, we again were met with zero traffic, absolutely not one truck or car until we reached main town….this on a main road from the coastal port that is always bumper to bumper with huge, heavily loaded trucks inching their way along the hills. There was one exception: we saw a few empty military trucks. Several thousand troops had been air lifted to the western province to quell the violence and these trucks were on the way there to offer support and ground transportation.

Upon arrival at our new home …the Hemingway Hotel, I think I just need to say mind blowing experience. Unbelievable, incredible. Check it out online if you’re interested…the website is an understatement. All rooms are suites….almost as big as my house. There are amenities and technology things that I have no idea what they are. We have a butler! The details will just have to wait until I am home. Geez….amazing. One thing I have to mention…. this is a definite continuation of Dack’s and my tradition of showing up at 5 star hotels looking like we had been dragged through dirt. Ahhh, got to love tradition.

Had planned on catching up on all of this last night, but honestly, after a drink on the balcony level and a wonderful dinner….it was time to figure out getting photos from camera to iPad. Yep, worked at home, but not here. Then to bed and watching a bit of TV, catching up on the Korea situation, the Kenyan election, etc. Should have gotten a twitter account I guess. Think all technology is fixed for the moment.

A short note on the election. So far everything is calm. The winner was determined to be the incumbent. Prior to Election Day, the opposition had made broad statements that the results would be honored and asked for peace. Now that it appears he has lost…..well now he is claiming hacking into the computer system, lost votes, questioning rejected votes…..sound familiar? There is even talk about a re-do. So it is still not officially decided.

Here are some pictures: A sign at Kenana Knitters and a couple from the game drive – can you find BOTH animals among the rocks? 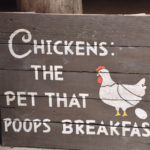 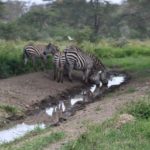 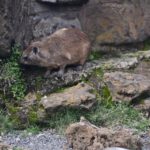