It’s hard to believe that our time at Big Cat Research ends this morning. We have definitely had adventures and learned a lot. Since the last email, we located a severely injured lioness whose cubs had already been adopted by another female. Thanks to the Mara Lion Project vet, the lioness was treated and yesterday her cubs were back with her. We got stuck in deep mud several times, did a night drive where we actually saw an aardvark AND a porcupine, but unfortunately I didn’t get a photo.

We decided to treat the group to grilled goat, with the help of the camp cook of course. We didn’t realize that it would mean going to the farm to purchase the live goat, bring it back in the safari vehicle, have it escape, and chase it for about 45 minutes before lettiing the guides to the bad part. Another terrible storm interfered with the grilling outside, so we just moved the grill in the main room, turned up a radio, danced, ate, and acted silly.

We’ve completed another 2 kilometers of road.

Last night, surrounded by elephants and plains game, we stopped out on the savannah to watch the sunset while having drinks and snacks. That is one thing very special about the conservancy ….. we are out of the vehicles and on foot a lot – fantastic!

On our way to the Mara later this morning where we will see even more game and hopefully one or more major wildebeest crossings. Will also have a real shower and potty again.

Is it possible that I’ll be home next Saturday … just one week from today?! 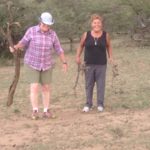 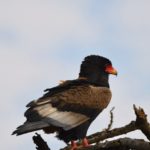 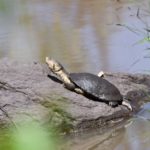